How to Reset a Hampton Bay Ceiling Fan Remote?

Has your Hampton Bay ceiling fan remote developed a malfunction? You’re there worried about what you will do because you don’t have a single idea concerning remote controllers’ technicalities. It would be best if you did not worry about purchasing another similar yet pricey remote controller.

I’ve done extensive research for you on how to reset your Hampton Bay Ceiling Fan remote during such unexpected times. Your remote controller not working could be because of many reasons.

We’ll go through some basic resetting steps that will enable us to determine the issue. Basic solutions to remote control malfunctioning could be:

1. Replace the old batteries in the remote with some new ones.
2. Put the dip switches in their original position. Afterward, turn off the light switch. Dip switches are fasteners found at the back of the remote. They are also found on the fan. They are used to change the mode of operation of the ceiling fan.
3. Switch off the power of the ceiling fan with the remote. Turn the power back on again and hold the fan’s power off button for a maximum of 10 seconds.
4. Check if the dip switches are well set correctly. If the dip switch settings are altered, the remote won’t send signals to the fan.
5. Turn off the circuit breaker to the ceiling fan and turn it back on afterward. Press and hold down the light fan button for a maximum of 10 seconds.

These are just the ultimate basic steps to take into action whenever the remote needs troubleshooting. These actions work to clear off any logic problems acting in the receiver and remote altogether.

How to Reset and What Common Problems of Ceiling Fan Remote Not Working?

A variety of reasons may cause malfunctioning of the remote, and therefore we’ll have a wide and deeper coverage of the different problems and their solutions.

This problem is mostly related to the frequency settings remote controller. To solve the issue, check the manufacturer’s manual and follow the remote button reset guidelines.

The button reset method may fail to work, hence you need to do the following;

1. Using a screwdriver, disassemble the ceiling fan’s canopy and confirm if the dip switch configurations are in order. Some dipswitches are found at the fan base in some models; thus, you won’t have to open anything. Reset the frequency again so that the ceiling fan and the remote have a common ground for communication.

2. Tighten any wires that may be loose and make sure that all connections are properly attached in their rightful position.
3. If these settings fail to work, it may be that the receiver has been unable to function properly.
You are probably wondering where the receiver is located. Worry not, for I got that covered below;

-Location of a Hampton Bay ceiling fan receiver: The receiver is usually located in the Switch Housing (found between the blades and the light kit) only if your transmitter has a reverse button.

It may be located at the top of the motor, at the side, or inside the canopy at the ceiling.

Problem 2 – No button works on my Hampton Bay fan remote, and the red light found on the transmitter does not illuminate.

This happens mostly because the transmitter is non-functional. Don’t rush to buy a spare part at the store as there is another cheaper option. Hampton Bay Manufacturers recommend sending the old transmitters or receivers for a FREE TESTING. This is to confirm really whether the part has malfunctioned. Hampton Bay Manufacturers recommend you sending the part to TX 77430 and Gulf Coast Fan 5810 Parr CT Damon. When shipping, ensure that you include a note with your Name and Phone number.

It can also be that neither the fan nor the light does not work.

There is also a Hampton Bay Ceiling Fan Remote app downloaded for free for Google play store that also acts as a remote controller. It helps you to use your smartphone device or tablet as a remote for your ceiling fan.

It’s important to note that not all applications work for Hampton Bay Models of the ceiling fan. It’s best to try one that will synchronize with your specific fan model.Has your Hampton Bay ceiling fan remote developed a malfunction?

-Go to Google play store (for android phones) or apple store (for IOS apple phones and tablets).
– Search for Ceiling Fan Remote or Universal Remote.
-Download the application and install it on your mobile phone.
-If the remote troubleshooting process may prove to bear no fruits, then you have no other choice but to replace the remote controller with a new one.
– It is quite easy to find and buy a new remote controller on Amazon.com that is cheap and affordable. 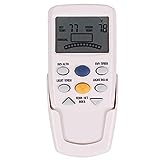 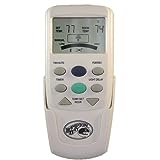 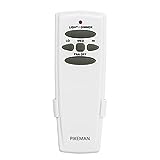 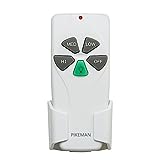 For Different models under Hampton Bay ceiling fans, the ways to reset and problems can be different, thus if the above solutions do not work, you may contact the manufacturer.